View cart
Checkout
My Account
Sign in | Register
HomeLiterature and BooksLiterature By Time PeriodMiddle AgesBeyond the Myth: The Story of Joan of Arc 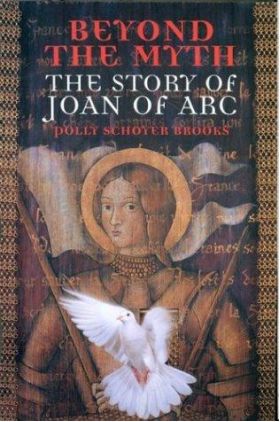 The king was going mad . . . So begins Polly Schoyer Brooks's account of one of history's most compelling stories and one of the world's most popular heroines-Joan of Arc. Brooks tells us of a fifteenth-century France ravaged by war, plague, and religious conflict; of a king who suffered fits of madness and his weak son who made a disappointing successor; and of a peasant girl from the countryside who accomplished what appeared to be miracles by rallying the dispirited French nation with her desire to see the rightful king rule. Little more than a year after her astounding triumphs-uniting the nation and securing the throne for Charles VII with her victory over the English at Orlean-nineteen-year-old Joan was imprisoned on charges of witchcraft and sorcery, tried for heresy, and burned at the stake. Polly Schoyer Brooks's detailed narrative unveils the spirited young woman who became a patron saint and continues to inspire courage and faith.