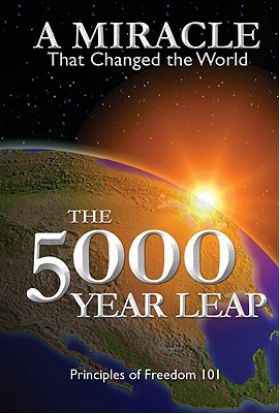 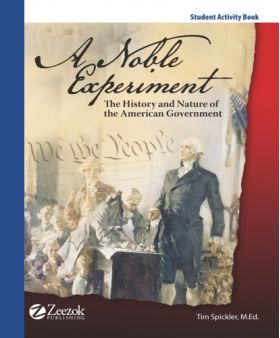 The 5000 Year Leap by W. Cleon Skousen, details how the Founding Fathers used 28 principles to create a 5000 year leap in freedom, prosperity, and progress; all based upon morality, faith, and ethics.  President Madison called this "a miracle," and the book explores in details these "secrets."

Most homeschoolers recognize that the nation the Founders built is now in the throes of a political, economic, social, and spiritual crisis that has driven many to an almost frantic search for modern solutions. The truth is that the solutions have been available for a long time -- in the writings of our Founding Fathers -- carefully set forth in this timely book.  And as homeschoolers, we can freely explore these writings and work to apply them.

In The 5000 Year Leap: A Miracle That Changed the World, Discover the 28 Principles of Freedom our Founding Fathers said must be understood and perpetuated by every people who desire peace, prosperity, and freedom. Learn how adherence to these beliefs during the past 200 years has brought about more progress than was made in the previous 5000 years. These 28 Principles include The Genius of Natural Law, Virtuous and Moral Leaders, Equal Rights--Not Equal Things, and Avoiding the Burden of Debt. Published by the National Center for Constitutional Studies, a nonprofit educational foundation dedicated to restoring Constitutional principles in the tradition of America's Founding Fathers.

I have not yet had the privilege of reading this book, in researching it, I found several noteworthy things about it:

We've added this book to our line-up as a valuable resource for your student's studies in government and civics.  We also feel that it is good and wise for us as Christians to add our voices to the larger "conversation" formed by today's top media.  Though often it's impossible (due to the immoral content of many books and movies) to join in the conversation, here is one opportunity to do so.  The 5000 Year Leap is nearly considered a classic, having been first published 30 years ago, and still a bestseller.

The National Center for Constitutional Studies...is doing a fine public service in educating Americans about the principles of the Constitution. -- Ronald Reagan, President of the United States

This is possibly the most comprehensive treatment of the genius of the American Founding Fathers which has ever been encompassed in a single volume. --Kenneth C. Chatwin, District Judge, Phoenix, Arizona