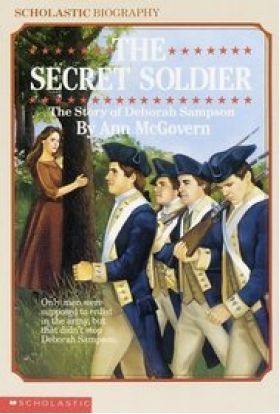 The Secret Soldier is based on the true story of Deborah Sampson. Deborah wanted to travel and have adventures, but since she had no money, the best way to do that was to join the army. This is the exciting true story of a woman who became a soldier during the American Revolutionary War, by dressing and acting like a man. In real life, Deborah fought for her country and was injured in battle, but received an honorable discharge at the end of the war because she not only fought valiantly, but she did so with honor while "at the same time preserving the virtue and chastity of her sex, unsuspected and unblemished".

The Secret Soldier is recommended reading in the following homeschool curriculum: Illuminations.