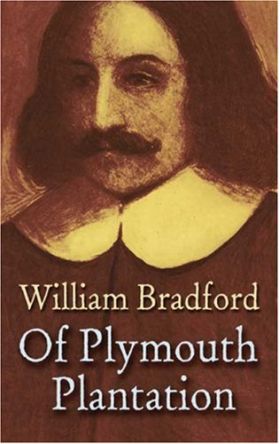 The most important source of information about Plymouth, this landmark account was written by the colony's governor. It vividly documents the Pilgrims' transatlantic crossing and early days in the settlement. I read this book a number of years ago. Admittedly it wasn't an easy read, as it was written nearly 400 years ago, and the archaic language has been preserved. However, if you can push through, you'll find it a wonderfully inspiring firsthand account of a man (Governor Bradford) who was witness to some amazing miracles from the hand of God on behalf of His people. This is the kind of true history you WON'T find in a public school. How would they ever explain away the miracles???...or the willingness of God's people to endure torture and martyrdom? It's well-worth the effort to read through the archaic English.