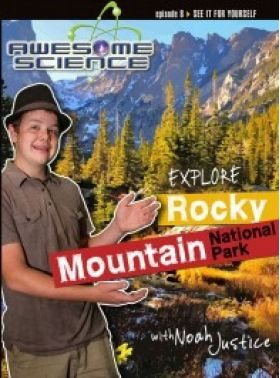 Rocky Mountain National Park includes spectacular mountains, streams, pine forests, diverse wildlife, and lush vegetation. Go on an expedition with Noah Justice to the Rocky Mountains to explore how they were formed and eroded by the catastrophic tectonics of the Flood.

In this episode you'll learn:

This series is produced by Kyle Justice, whose work has appeared on such networks as National Geographic, ESPN, and the Outdoor Channel, along with his creative homeschool-family team. Teen host Noah Justice serves as your guide to truth on the ground at national parks and other geologic locations, bringing you an educational and entertaining adventure!