View cart
Checkout
My Account
Sign in | Register
HomeLiterature and BooksIlluminations LiteratureIlluminations Year 1, 3rd-8th GradeVictory on the Walls: A Story of Nehemiah
8 of 8 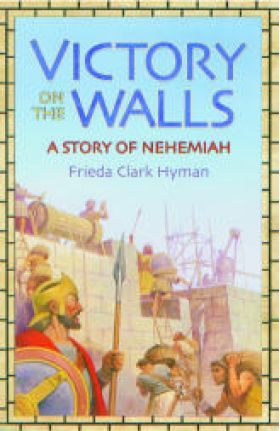 Victory on the Walls: A Story of Nehemiah by Frieda Clark Hyman.

Thirteen-year-old Bani, though born in Jerusalem, has lived from infancy with his uncle in beautiful Susa, the city of the Persian King Artaxerxes. Now, his Uncle Nehemiah wants to leave his position of high honor as Cupbearer to the King to return to Jerusalem, a city in ruins and beset by every kind of trouble! Nehemiah's request of the king, permission to return to help his own people, could so easily—in an empire riddled with political intrigue—be misconstrued as treasonous scheming. Bani himself is given an unexpected part to play, the outcome of which is to forever change his life. Seen through the eyes of Bani, this novel dramatizes a turning-point of history, in 445 BC, when—through confrontation and daring risks—Judaism was re-established in the Promised Land, and purified for her unfolding mission.

A Bethlehem Book used in Illuminations.