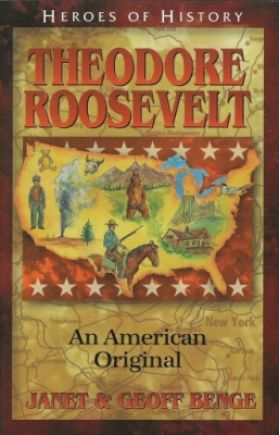 Theodore Roosevelt: An American Original by Janet and Geoff Benge

"Children and adults alike love the popular Christian Heroes: Then & Now series. Now Christian Heroes authors Janet and Geoff Benge tell the stories of Heroes of History with the same engaging narrative style and historical depth! This new series brings the shaping of history to life with the remarkable true stories of fascinating men and women who changed the course of history. An Explorer, writer, thinker, and winner of the Nobel Peace Prize, Theodore Roosevelt (1858-1919) greatly influenced the character and thought of the U.S. as its 26th president.