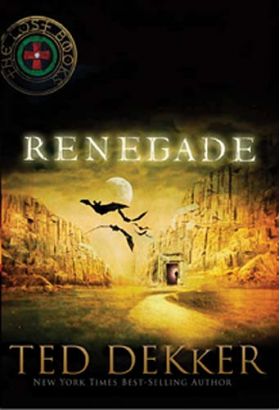 Renegade is the third book in the Lost Books series for teens by Ted Dekker.

One of the chosen has gone renegade.

Turning his back on all that he once believed, Billos does the forbidden and enters into a Book of History. He lands in a reality as foreign to him as water is to oil. A place called Paradise, Colorado. He has strange new powers given to him courtesy of a mysterious figure known as Marsuvees Black.

The chosen four have survived the desert, escaped the Black Forest, battled the Horde, and added a spirited refugee to their number. But nothing has prepared them for the showdown that Billos, the Renegade, will lure them into.

Renegade is set in the middle of Dekker's Circle Series (namely, these stories fall between Black and Red).  The series does stand alone, but it does introduce characters from the Circle Series. Your teens will be on the edge of their seat (and you'll enjoy it too!). Soft cover.