View cart
Checkout
My Account
Sign in | Register
HomeLiterature and BooksLiterature By Time PeriodMiddle AgesIn Freedom's Cause by G. A. Henty 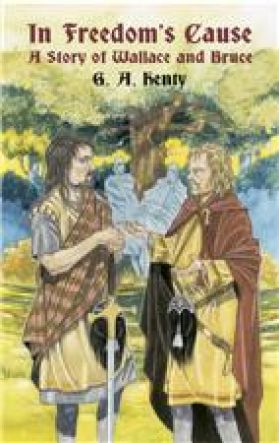 In Freedom's Cause by G A Henty (A Story of Wallace and Bruce) (Homeschool subjects covered: History Middle Ages)

At the end of the 13th century, the oppressed Scots rebelled against England under the leadership of William Wallace, a scottish knight who fought for Scotland's independence, and Robert the Bruce, who was eventually crowned king of Scotland. This gripping tale of courage, loyalty, and ingenuity takes readers into heroic company with a fictional protagonist, young Archie Forbes, who fights alongside the legendary heroes.