No, I’m not getting political.  Rather I’m being reflective.

You see, I feel this school year was in many ways a failure.  It was a tough year.  “Joy” wouldn’t be a word I would use as a common characteristic of the year.  Though I had planned a very academic year, as we plowed through the work load, somewhere along the way we lost momentum. Add health problems and a crazy travel season (with Schoolhouse Publishing) to the mix.  Joy was no longer our fuel, and we limped through to the finish line.  Our “highly academic” year ended up being highly deficient.

What did I do wrong?  (Have you ever had a year like that?)

Okay. So.  Here’s where I went wrong.

I caved.  I gave into peer pressure.  I saw all the cool things others were doing, and became convinced I had to do the same.  I’m not sure when I began to believe “the lie.”  It was subtle.  Many of my friends, after much prayer, have embraced various classical programs – very rigorous and highly academic.  The things their kids were accomplishing were amazing.  Their sisterhood was compelling.  It was (and is) the right thing to do – for THEIR families. 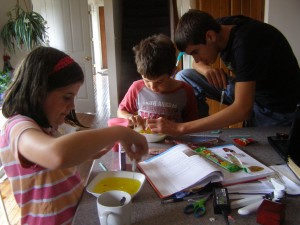 I began to compare MY curriculum choices and outcomes…and felt lacking.  Inadequacy began to creep in.  My confidence slipped.  Though I didn’t actually join a classical co-op (I knew it would be death to my dyslexic son), I did incorporate some of those curriculum choices into my year. I conformed my uniquely made kids and our uniquely made family into a “standardized” mold called “classical.” I tried to make my homeschool look like others. And I swallowed the lie that “academic” defined meant “classical education and all that it includes.”

Please don’t read into this anything I’m not saying.  Classical education may be God’s will for your family.  But, what if you child is dyslexic or a kinesthetic learner or musically gifted or is being called to be a housewife/mom or…or…or…

Despite political platitudes, children will always be left behind in a classroom setting.  The very nature of the “beast” necessitates standardization, which means to fit every child into the same mold.  In a traditional school setting, kids aren’t individuals but members of a class. Only in a homeschool setting will no child be left behind.

And, I forgot that.  I was guilted, by my own pathetic desire to fit in, into standardizing my homeschool to look like all the other “successful” ones out there – forgetting that mine was successful – perfect for MY family.  The funny thing was I only veered off course a little bit.  I still wanted Bible and character development to be a large part of my curriculum, and I’ve always emphasized academics.  But, as a very wise friend shared with me, even a one degree change in navigation will result in totally missing the mark .

So this year, despite what many of my friends are doing and how amazing their school year may be, I’m doing my own thing.  I don’t know what it’ll look like yet.  I’m still praying about that.  But, whatever it is, it’ll be right for us, for the precious treasures (my children) God has entrusted to me.

If you find yourself in a similar place, let me end by sharing with you a few other things I learned. 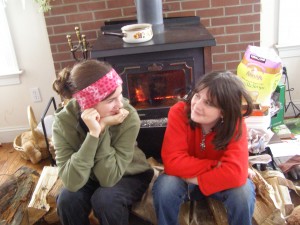 1.  This year was NOT a loss.  Hard lessons learned are always good!  The kids grew in character as they learned to deal with unpleasant curriculum choices.  And they did learn.  Remember:  “Many are the plans in the mind of man, but it is the purpose of the Lord that will stand.”  (Proverbs 19:21)  Despite my failure, God’s purposes stood.

2.  A less-than-stellar year is not the end of the world or even of their academic career.  Believe me.  Your kids will be fine – because you cannot thwart God’s plans for them. “For I know the plans I have for you, declares the LORD, plans for welfare and not for evil, to give you a future and a hope.” (Jeremiah 29:11) Remember how much God loves you.

3.  I have hope!  I am NOT going to repeat these mistakes – at least not today.  I have learned and have grown.  “But this I call to mind, and therefore I have hope:  The steadfast love of the Lord never ceases his mercies never come to an end; they are new every morning; great is your faithfulness. ‘The Lord is my portion,’ says my soul, ‘therefore I will hope in him.’” (Lamentation 3:21-24)

Now it’s your turn.  Did you have a less-than-stellar year?  What lessons did you learn?  Please take time to share it here!  We need each other!

4 thoughts on “No Child Left Behind”