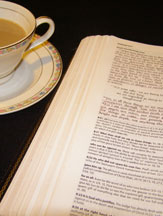 Why do YOU homeschool?

Why do you homeschool?  Why do you bother?  You spend your days trying to instill the joy of learning into kids that find little joy in learning.  You work hard to find captivating and compelling curriculum, you try to instill confidence and inspire greatness.  You strive to help them overcome their weaknesses and to capitalize on their strengths.  You love them so much.  Then, when school is over, you still have the house work, cooking, laundry.  You have church ministry.  You have sports and lessons.  You have your marriage relationship. Is it really worth it?

None of it seems to come easy.  There’s a constant battle with self and with the other “selves” in your family.  Even the sweetest, most motivated kids, the best church family, the strongest marriage, and the most exciting homeschool doesn’t fully alleviate the hard work involved in homeschooling.  So, why do we keep on doing it?  Why do you homeschool your kids?  I started thinking back to all the reasons I homeschool and ended by rejoicing:  I am SO glad my kids are homeschooled.  Sure, it’s hard; but it’s SO worth it.

Just spend a few minutes reminiscing with me.  I graduated from an award-winning public school in a conservative suburb over 30 years ago (I graduated in 1980).  During my years of high school, I was quiet and shy, and a very committed Christian.  I was smart and pretty.  Despite all that I had going for me, during my high school years I experienced the following: 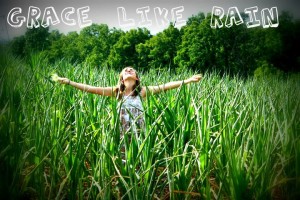 Here my daughter praises God. Sweetness and purity can draw people, in a good way and in a bad way.

(I was told by this same teacher that there is something incredibly captivating about sweetness and purity.  In other words, the very fact that I was sweet, joyful, and pure made me a target for those who’d never experienced such things.)

*What I was exposed to: 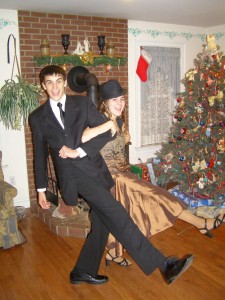 My kids understand that it’s normal to go to a formal with each other rather than with a boyfriend/girlfriend.

Perhaps the most difficult thing to battle was the idea that all of this was “normal;” if I wasn’t participating in “normal,” I was ridiculed.  I had to be strong enough to embrace the reality of being labeled “weird,” and the attempts (by students and teachers) to conform me to their idea of “normal.”  My life in Christ depended on believing and accepting that I was a stranger and an alien, a fool for Christ. It was a constant day-in-and-day-out battle.  I have good memories as well, but public school is brutal, and many of my Christian friends didn’t make it through unscathed.

So, this is why I homeschool.  None of my kids are “normal.” Some have learning challenges.  They aren’t the most attractive, the most athletic, or the smartest.  They aren’t spiritual giants.  They’re kids.  I don’t want them destroyed because of their weaknesses or differences. These “weaknesses” and “differences” are beautiful gifts of individuality that God can use to showcase His strength. I want my kids to be grounded in their faith before they are released into the world so that they can truly be a salt and light.  I’ve taught my kids to look up to and respect those in authority in their lives.  How difficult when you are taught as a Christian to respect those in authority over you, and then to have to teach against that very respect (“No, dear, don’t listen to your teacher.”).

I want the knowledge that fills their heads to be truth.  I want the Bible to be a core text that they absolutely rely on.  I want their time to be spent in wholesome activity.  I want to shield them a little longer until they are old enough to “put away childish things.”  I don’t want them to have to choose between acceptance (via moral failure) and rejection (via moral excellence).  Those things will come in time, but preferably not when they’re so young.

So, yes, homeschool can be hard, but I truly cannot think of a better gift to give to my children.  This gift is one that we may never be thanked for, but I am thankful to God for it.   Remember back to your high school days and let us rejoice together that our kids have this wonderful God-given freedom to homeschool.  So, why do YOU homeschool?

Thank you, Father, for the gift of homeschooling.  Thank you that my kids’ innocence is protected, their purity celebrated, their wonder of creation is preserved, their uniqueness is delighted in, and their love for You is fostered and “normal.”

4 thoughts on “Why I Homeschool”