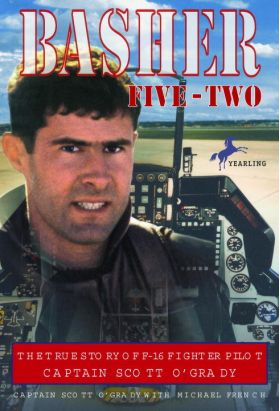 This is the amazing, true survival tale of an American Air Force pilot who was shot down during a peacekeeping mission over Bosnia. "Basher Five-Two" includes a photo insert with pictures of the captain as a child, as well as of his plane.

U.S. Air Force Captain Scott O'Grady was shot down in his F-16 over Bosnia while helping to keep the peace. The plane exploded, and Captain O'Grady fell 5 miles to the ground below. In exciting detail, Captain O'Grady tells how he evaded capture and how, with little water and no food, he was able to survive on his own in enemy territory.